Roberta is the mother of 4 children and grandmother to 8 beloved grandchildren.

She has worked for many years as an Elder for the Richmond, Delta & Burnaby School Districts where she has facilitated cultural teaching circles in lower mainland schools for 32 years and is also frequently called to support adult learners at the UBC Learning Exchange in Vancouver’s Downtown Eastside.

Roberta works closely with the Aboriginal Wellness Program at Vancouver Coastal Health where she is the Elder-in-Residence and works with the Aboriginal Patient Navigators Program to support patients in many Vancouver Coastal Health hospitals and health care centres. She also provides services traditional and healing services for the Elder Visiting Program at BC Women’s and Children’s Hospital and at St. Paul’s Hospital.

Roberta has worked with the UBC School of Nursing as an Adviser/Research Partner and Elder for over 10-years providing Indigenous leadership and support on research projects about women’s intimate partner violence, mental health and equity. She currently is a Co-Principal Investigator on a large CIHR funded study to improve care for Indigenous People in Emergency Units. She is the Elder for Critical Research in Health and Health Care Inequities (CRiHHI) School of Nursing, University of British Columbia and also sits as an Elder on the National Indigenous Council on Diabetes.

She is inspired to provide guidance and leadership on several community, equity-based and culturally-safe research projects and is now an adjunct clinical professor in the UBC Department of Family Medicine.

My name is Owii`lo`ly`eyum`gaudlth`ni`Ki`insque, Grizzly Bear with a Big Heart. I am of the Nisga’a people from the Wilp (house) of Nii’is’lis’eyan (our chief), Laxgiibuu (wolf) tribe, from the village of Gingolx (Kincolith) on the Nass River, raised in a traditional home. I have been in the lower mainland since 1970 to attend school and remained here to live, graduated high school in 1975/76. I worked in the fishing Industry for over 32 years.

I am also known as Bruce Robinson.

Annette is a nurse and professor at the University of British Columbia School of Nursing. Her research builds on her clinical work as an outpost nurse who lived and worked in remote northern First Nations and Inuit communities. Her work focuses on strategies for fostering health equity and cultural safety, with a particular focus on implications for Indigenous peoples.

Recent studies have addressed: the impact of organizational interventions to improve health equity in primary care; health promoting interventions with Indigenous women experiencing violence; and, improving healthcare for Indigenous and non-Indigenous people in emergency departments. Working in partnership with health and policy leaders, and clinicians at the point of care, her research aims at improving healthcare delivery and policies.

Maegen is a Partner at Ratcliff & Company where she at the began her career after clerking at the BC Court of Appeal, and spent several years working exclusively in all areas of aboriginal litigation including commercial disputes, fiduciary duty claims, reserve based claims, tort claims, consultation and accommodation and aboriginal rights and title claims. She also helped to develop inaugural laws for self-governance under treaty, including the establishment of one of the first indigenous dispute resolution tribunals in B.C. Her interest and experience in governance matters has expanded in recent years as she has broadened her legal practice to advising and representing local governments and others in public law matters. Maegen has also served as an expert panel member with the Huu-ay-aht First Nation’s Social Services Project and as a legal advocate for Indigenous children, parents and families.

David is a Canadian Family Physician with a clinical focus on inner-city medicine, Aboriginal Health, and HIV. Dr. Tu grew up in Toronto, Canada, and attended medical school at McMaster University. He completed his residency in Family Medicine at the University of Ottawa, and went on to complete a 1-year Research Fellowship at the University of British Columbia.

Dr. Tu currently works as a clinician, researcher, and medical educator at the Vancouver Native Health Society Clinic and the UBC Aboriginal Family Practice Residency Stream.  He has been the Physician Leader for the Vancouver Coastal Health STOP-HIV project and has previously worked as a Clinical Associate on the HIV ward at Vancouver’s St. Paul’s Hospital.

Dr. Tu is a Clinical Assistant Professor and former Community Based Clinical Researcher at the University of British Columbia’s Department of Family Practice.  Dr. Tu’s current research interests focus on issues related to improving systems of health care for Indigenous Peoples, with a focus on HIV, Hepatitis C, and Depression. His recent published research work has focused on the application of the Chronic Care Model to HIV care, application of Self-Management support strategies for people with HIV, and partnership models of care between Traditional Indigenous and mainstream health care practices. He lives in Vancouver with his wife and his two children. 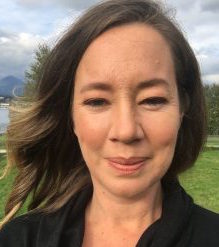 Jennifer is a certified Wellness/Health Coach and a consultant on a variety of Indigenous health initiatives. She has previously worked as a pediatric physiotherapist in Saskatoon, Toronto, Vancouver and with two Dene communities in northern Saskatchewan. She spent 3-years coordinating the Mmmooooooke Na Sii Yea Yeaaa (All my Relations) Program at the Vancouver Native Health Society Clinic in the Downtown Eastside, which was a partnership model of care between Indigenous Elders and Western-trained clinicians. She worked as a consultant for the Aboriginal Health team at Vancouver Coastal Health as an Indigenous Cultural Safety Facilitator and with the Huu-ay-aht First Nation. Her professional work is dedicated to acts of reconciliation that create space, relationships and equity for Indigenous people within health and social justice environments. She lives on the unceded homelands of the Coast Salish people with her husband and their two young children.

Her education includes post- education diplomas for Early Childhood Education and Office Administration from North Island College in Alert Bay. After working in the Fishing Industry for thirty years, Ruth left Alert Bay and moved to Comox, then North Vancouver.

She attended Native Education College in Vancouver obtaining a diploma in Office Administration. After graduating from NEC, Ruth found work as an Elder Program Co-ordinater at the Vancouver Aboriginal Friendship Centre and as an Elder Support Worker and Outreach Worker for fifteen years before retiring in 2018.

Born in Winnipeg, Wendall grew up in multiple cities throughout Canada. His ancestry is Mohawk (Haudenosaunee) Six Nations and Anishnabe (Ojibway) Garden River First Nations Ketegaunseebee. At our centre, Wendall is integral in his many roles of: Cultural Worker and Knowledge-keeper. He leads a weekly drum circle every Tuesday and a weekly mens talking circle with the Dudes Club.
He is a proud father of three beautiful children, likes to spend his free time taking part in ceremony, community lodge, sundance, canoe journeys, drumming and teaching within the community.

Jean Wasegijig is from the Wikwemikong Reserve on Manitoulin Island, in Northern Ontario. Jean is Bear Clan and participates in ceremonies and cultural traditions at our centre. She is the proud mother of seven children and grandmother for seventeen grandchildren as well as a number of great grandchildren.

As a mature student Jean completed an Associate of Applied Arts degree at Douglas College, New Westminster BC and one year at Simon Fraser University, Burnaby BC, majoring in psychology. Jean completed
the substance abuse counselling certificate at the University of the Fraser Valley in Abbotsford, BC. For four years Jean worked with Aboriginal female offenders in Saskatchewan and twenty years with Aboriginal male
offenders in British Columbia, as a program facilitator and counsellor, working closely with Elders. In 2006 Jean received Employee of the Year, Woman of Excellence award at Fort Langley, BC for her work with Aboriginal male offenders in prison. Jean is a writer, published poet and artist as well and has participated in three art shows in Abbotsford, BC.

Jean joined Urban Indigenous Health and Healing Cooperative, where she facilitates Wellness Circles. These Wellness Circles provide teachings from the Traditional Medicine Wheel. Working with the four quadrants of
the Mind, Spirit, Emotions, and Body, she provides ways to ensure we can achieve holistic health, in a culturally safe environment. Jean states “I believe that healing of the mind, spirit, emotions and body is possible, and as a result we begin to experience the ‘good life’ something we all deserve to have.”

Glida Morgan is from the Tla’amin First Nation. For 10 years she has been president of the Pacific Association of First Nations’ Women. In addition to providing community leadership, she has been a front-line worker on the Downtown East Side for over 18 years in areas of Family Violence, Women’s Issues & Mental Health. Glida has explored ways in which culture can be integrated into the health care plans for Aboriginal people and she sits as an Elder on the Vancouver Coastal Health’s Advisory Committee. Glida has been a part of a group who provide medicine in the form of songs for patients in palliative care. She is also active in a well-known Gospel Choir and a traditional drum & dance group. She has performed at community events across British Columbia. Glida is determined to bring light and healing to future generations